Running A/B tests or experiments on the web requires injecting lots of JS and CSS into your web app to change the look and feel of the page. Reckless deployments of this code can (and sometimes does) break web applications. And when it does break, it results in failed experiments and terrible user experiences.

An example of a split testing container JS file with KBs of minified, experimental code.

But could we make experiment deployment safer and more reliable through a CI workflow? We think it's possible through how we use Bitbucket Pipelines. 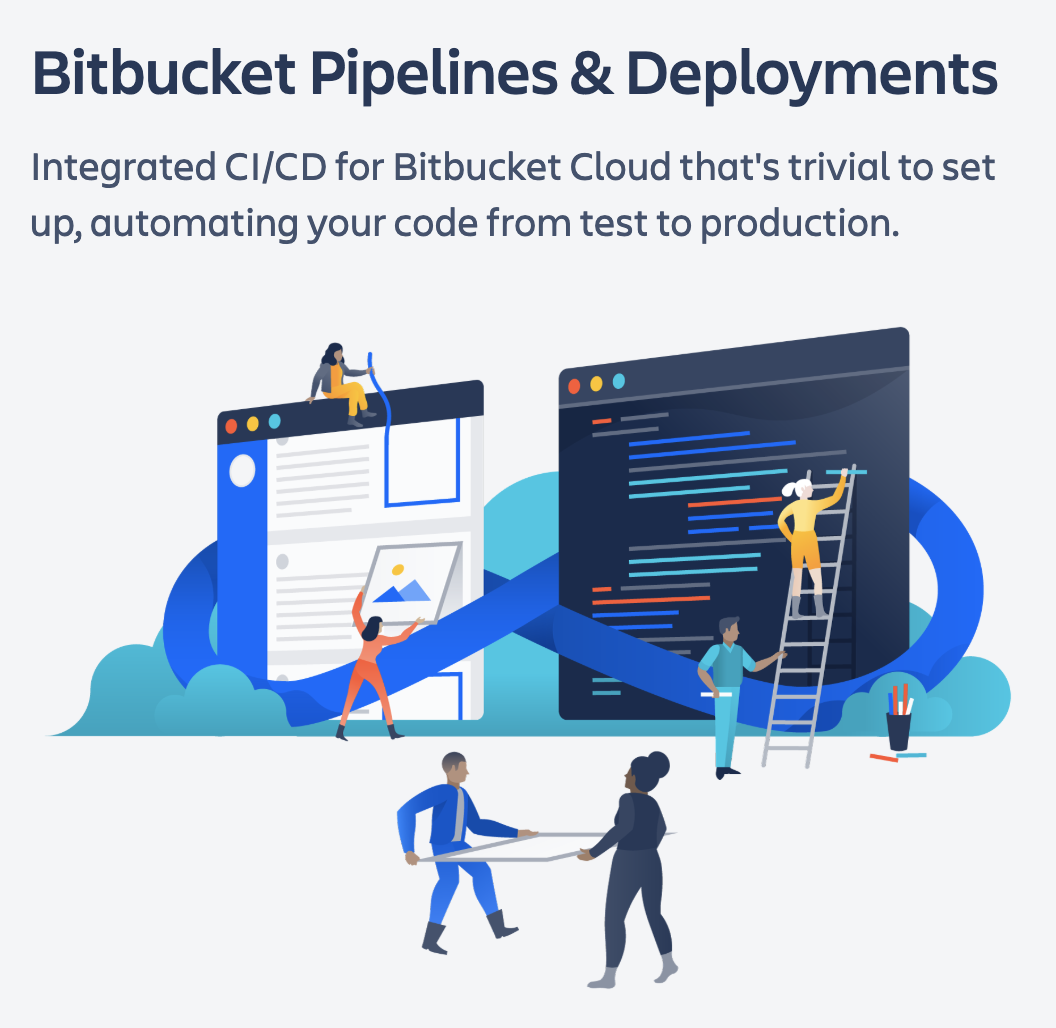 But it was lacking in many ways:

None of these issues were road-blockers. They just made our lives more difficult when things sometimes hit the fan.

But in early 2019 we learned about Bitbucket Pipelines - we were long-time Bitbucket users and so decided to give it a crack. After a quick planning session, we managed to setup a fully functioning Pipeline and port everything over to a JS build process! 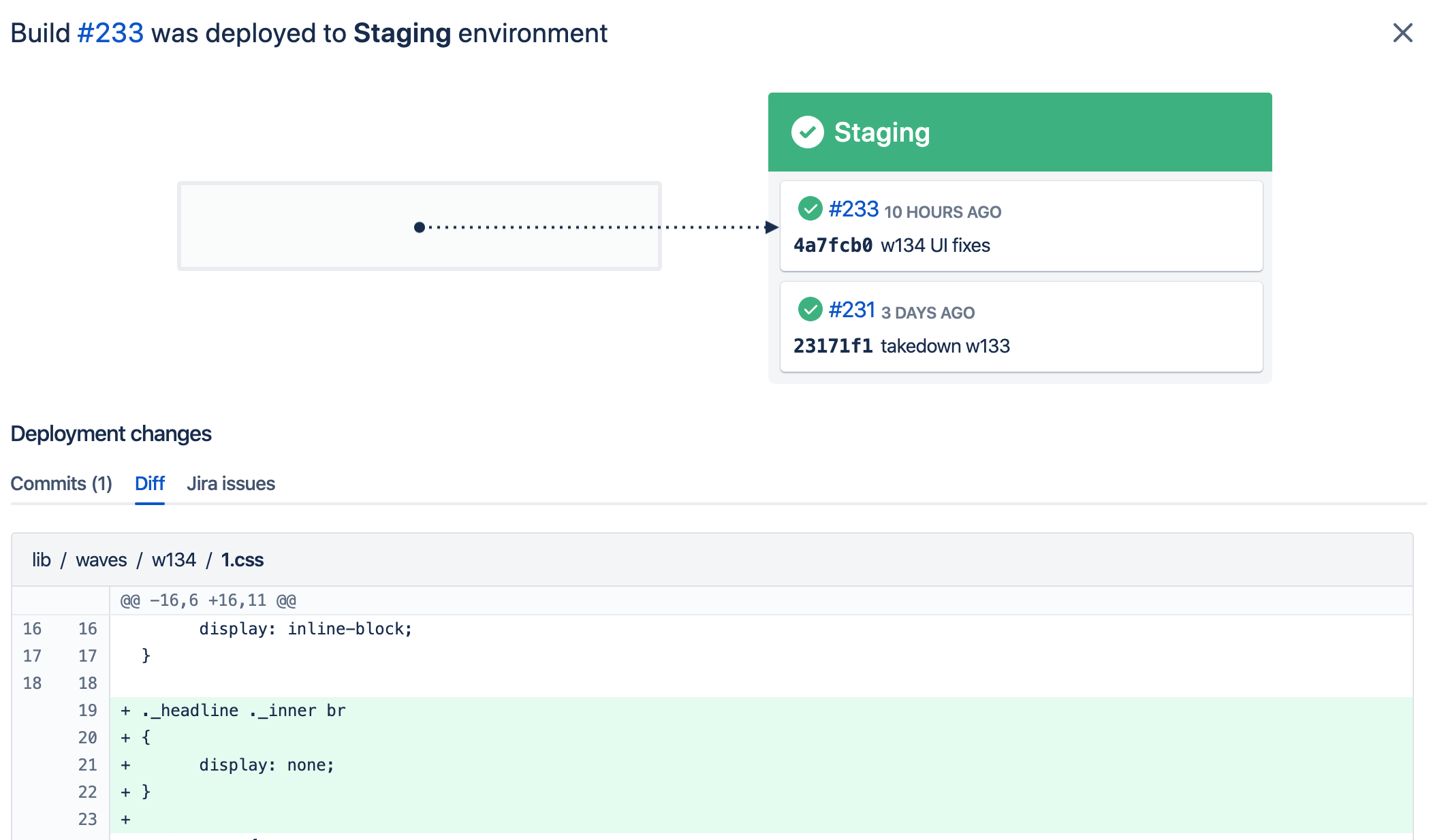 Track each commit as it is built & published to each environment.

Rather than publishing via the CLI, Bitbucket Pipelines could build and upload to S3 right after every commit. No infrastructure needed! And everyone with write access to the repo could manage deployments. We need only provision AWS creds to our shared Bitbucket users.

Impressed with our MVP, we evolved the pipeline to handle more work. Here's the full YAML:

Breaking down the example pipeline#

The Production Pipeline above roughly translates to:

Pull down the relevant node modules to build and test your Mojito container.

This command takes all active tests inside lib/waves/*/test-config.yml and builds them into the container:

Once built, the containers are gzipped and uploaded to AWS S3 Buckets. We set cache control headers to balance page speed with clients ability to fetch the most updated version of a container.

And here, you'll note your AWS credentials are safely stored in your Bitbucket repo bust masked appropriately throughout the interface.

With the new container published, this step tells Cloudfront edge nodes to fetch the latest version. But this is just a precaution since Edge nodes usually respect your cache-control headers, too.

We setup two environments for the two branches we mostly use:

Staging is meant for testing code in our development branch. And Production only receives code that's been tested and ready to deploy from our master branch. 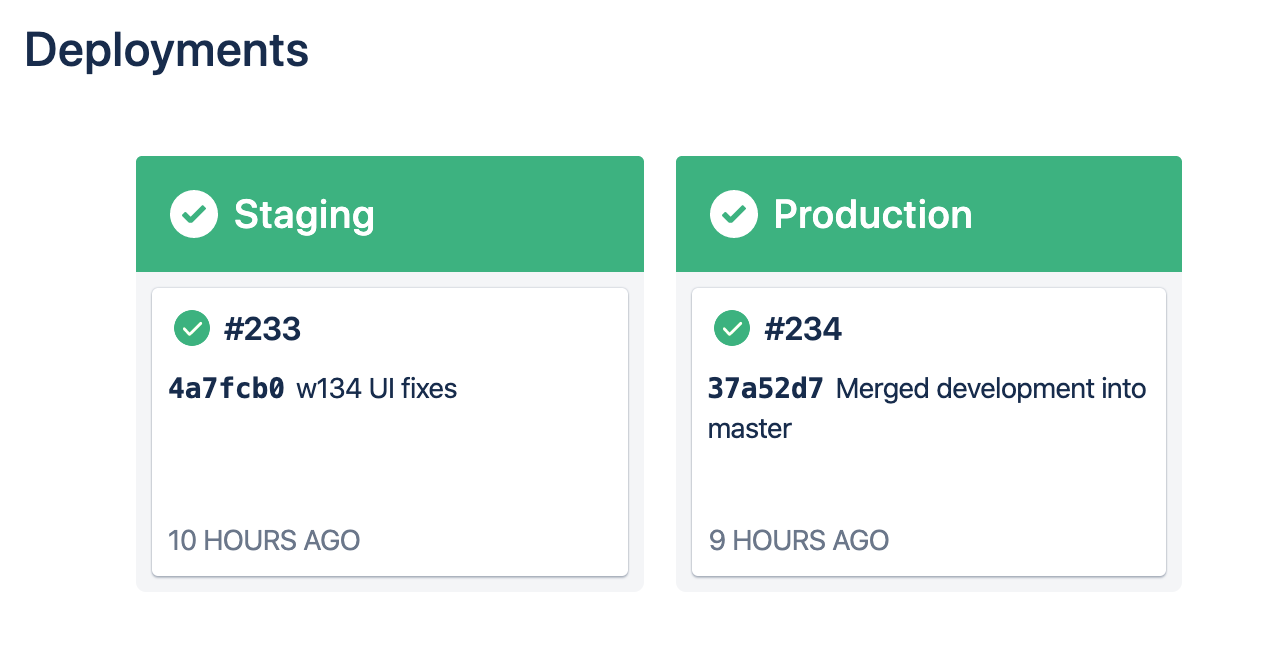 Here's an example of a working test we published for preview.

Most deployments take about 30 seconds#

We have lots of ideas we'd like to implement for our experiment deployments. Since, Pipelines are all just Docker containers, they're highly extensible. We could build features like: